Beware when Buying a used car off of Craigs list, and don’t put all of your trust in to a CarFax Report. 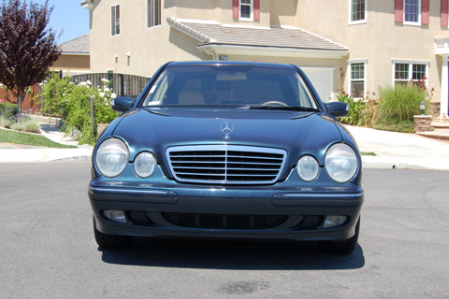 This is my story on how I was ripped off by Abramovich Luxury Car sales based in San Jacinto California due to missed information from Carfax vehicle report.

Back in July of 2008 I purchased a CarFax Report for $34.99, I ran a report on a 2002 Mercedes Benz E320 that I had seen for sale on craigslist.com The report from CarFax came back clean, so I drove down to San Jacinto California and met up with a guy from Abramovich Luxury Car Sales, he told me that everything was clean on the title of the Mercedes E320. I took the car for a test drive, and I have to admit it drove really nice the body clean with a nice blue paint job, and the interior was real clean with tan leather. I could not find anything about this car I didn’t like, so we went back to his office which was a small office in a shady looking office set up. I felt confident that this car was in good working condition, although I have never purchased a used car in the past nor was I a mechanic. We sat down and started to negotiate the deal, the original asking price was $15,000 and I offered $10,000 he said this car was clean and if I looked it up the Blue Book value it was worth $16,500, and he was right I had looked it up earlier before I got there, so I knew he was telling me the truth. We finally met at $12,500 and I was happy with that price, so I paid him cash and I drove off with my new Mercedes E320. I had the car for about a week, and decided to wash it when I noticed that the tan color of the leather was being rubbed off as I cleaned the seats, so I called the guy I bought it from and he said to just go and buy some shoe polish that matched the color and that would fix the worn out spots I noticed as I was cleaning the seats. I said that was not going to work for me and he simply said you purchased the car as is, so anything that you discover wrong with the car is on you, and hung up. i tried to call him back and he would just avoid my calls. I figured if I would just have to deal with the interior that’s not to bad, so I kept driving the car, but within a few months my wife said it felt like the car was having trouble accelerating when she pressed on the gas, so I took it for a drive and it felt like the trans mission was starting to go out. I called the Mercedes dealership and they said it was going to cost an obscene amount of money to get this fixed. I decided to try and trade the car in to get something more reliable since we had just had our first baby, so I took the car to a local dealership that I have done business with in the past and they ran a report on the car and this is when I discovered that Car Fax had missed a lot of information. The report the dealership had pulled reported that the car had a salvaged title and had frame damage as well a long history of being bought and resold at different car auctions this was way different from the clean report I had received from Car Fax. I told the dealership about the car Fax report and they basically told me that they see this happen a lot, and not to use that service, because it is not always accurate. Anyways to make this long story shorter I ended up trading in the Mercedes for a Nissan Titan and the dealership was nice enough to give $5000, so I lost $7,500 from the purchase price, not to mention when I first bought the car I also paid another $1000 to Walters Mercedes in Riverside California for an oil change, and for them to inspect my car and let me know if I got a good deal, which they said they did, and said I did get a good deal, so overall I lost $8,500 on a car, because I trusted the CarFax report. Lesson learned, also CarFax offers a Buy Back Guarantee, but when I sent them a request they never replied back and I could not get a hold of anyone at Car Fax to help me.

I also recieved an email from Carfax asking about my purchase story. I sent CarFax an email in December of 2009 and never heard back from Car Fax, read the email below.

I also included my name and phone number, and never received a response from them.

Have you had a similar experience? I would love to hear about it please leave a reply below with your story.